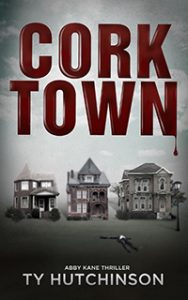 In the quiet Corktown neighborhood of Detroit, a mutilated body has the residents nervous and for good reason. Detroit Metro Police recognize the handiwork of the serial killer, known as the Doctor. But there’s a problem with that. They locked him up seven years ago.

Because of her expertise with serial killers, former hotshot detective and now FBI agent, Abby Kane, is tasked with figuring out how this madman is able to kill again. When she visits The Doctor behind bars, he swears he’s innocent and not the psychopath everyone thinks he is. Oddly enough, Abby believes him.

Corktown is a page-turning thriller that dives headfirst into the grit of Detroit, exploring government corruption and deadly violence.