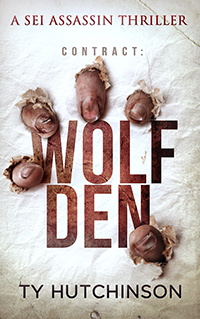 After their chance encounter in Diyarbakir, Sei believes she is closer than ever to finally rescuing her daughter from the Wolf’s grasp. For good.

With the help of her friend Kostas, Sei sets out to attack the Wolf in a surprise move that puts a very public spotlight on the feared assassin. Not to be out smarted, the Wolf uses Mui’s loyalty to him to turn her against Sei. When Sei realizes she might win the battle at the expense of losing her daughter, she does the unthinkable. She puts all of her trust in the hands of one man—a killer employed by the Wolf.

With both sides plotting to stay on the offensive, a contingency arises that neither side has thought to plan for—what will Mui’s next move be?